All the things you could be doing in the world right now and you are here trying to learn more about me. Despite your current action (being on this page), I know your time is valuable. So, I'll just dive right in and hope my story doesn't disappoint. 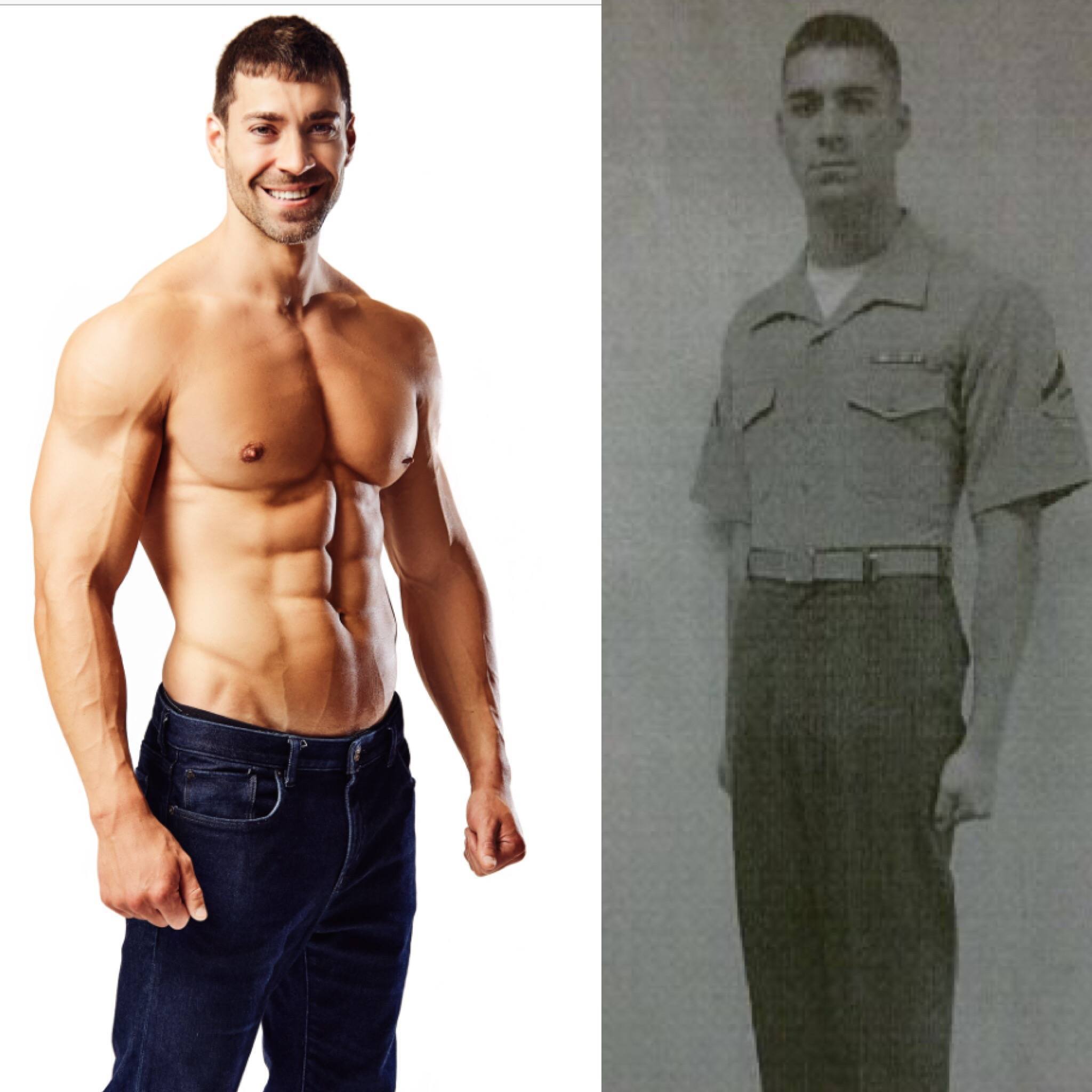 "Long gone are my days of physique competitions and trying to rewrite history with mind-boggling deadlift numbers."

As my eyes opened and my senses slowly returned, the strong stench of vomit and liquor with a hint of stale cigarette smoke filled the air. After picking myself up from the hard tile floor, still wearing the same clothes from the night before, I staggered to the window in an attempt to close the curtains. A head thumping migraine and the brightest ray of light ever prevented my eyes from focusing on anything. I gained my balance and found enough energy to shuffle along to the refrigerator, where I would eventually find the hydration I desperately needed. 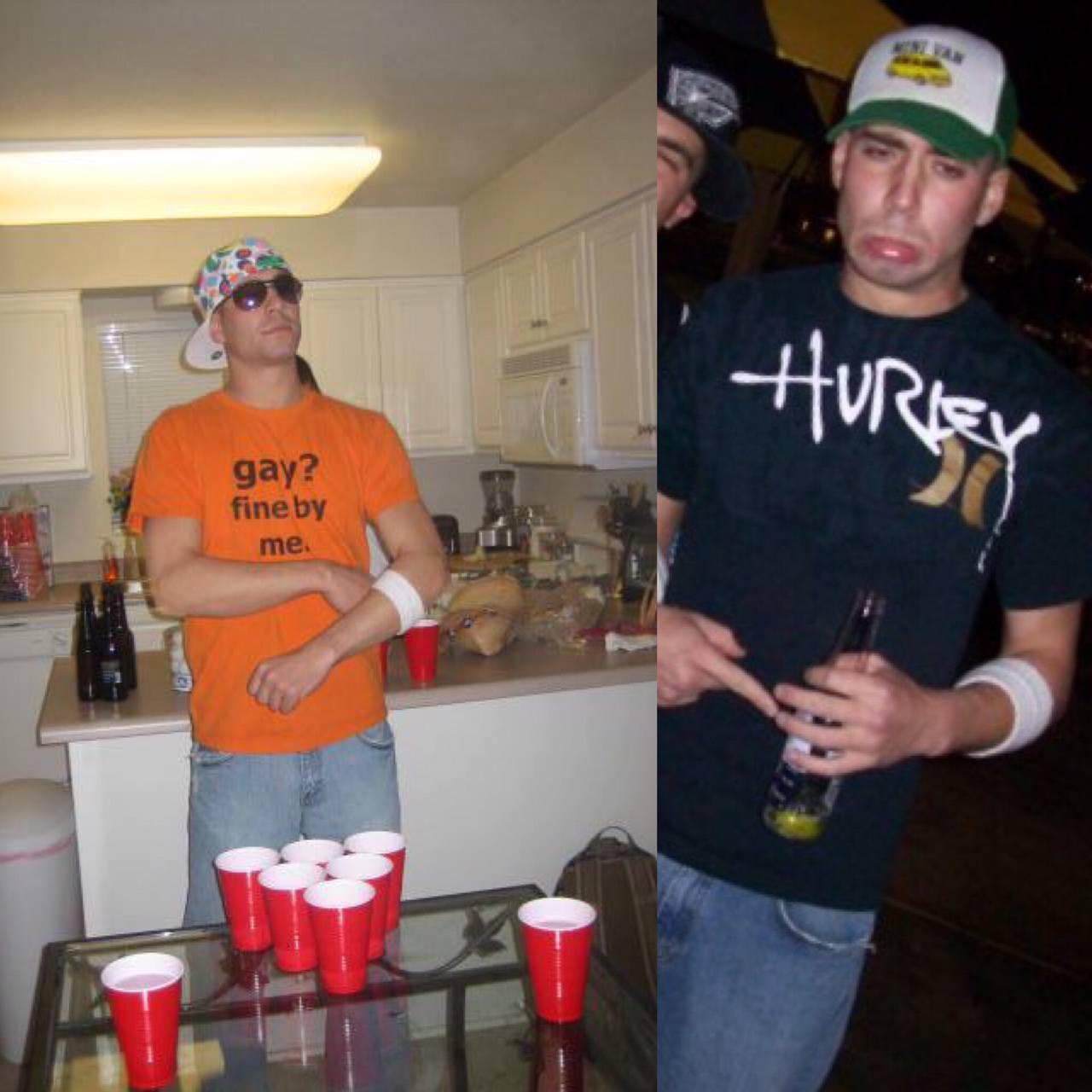 With no recollection of the night before, I wondered how I made it back to my own room. A quick pat down of my pockets revealed a lost cellphone, an empty pack of Camel lights, and the remains of a soggy bar tab, which indicated I had paid for thirteen long island ice teas. Judged by the volume of vomit on the floor, it was safe to assume I had consumed a majority of those.

A day or two of recovery and a few stories amongst some friends is what it took to put a majority of the night together. I had no recollection to much of anything, although, I seem to recall part of an argument that you can't get fingerprints off of limestone. Really, I could care less about sharing the details because they are not important.  As a young Marine, that was life! I lived for the nights of obnoxious parties and frequent bar-crawl trips in Mexico (and plenty of bar-crawls there were). The mornings of uncertainty that followed those long nights of alcohol-filled raging were a regular occurrence.

"I had big dreams but lacked follow through. I lived for the moment instead of planning for the future. I was failing life."

Shortly after that particular morning, I took a long hard look in the mirror and realized I could no longer live a lifestyle where remembering ten minutes of a twenty-four hour day was normal. I was getting fairly close to the end of my active duty military contract. I knew I would never reach my full potential in civilian life if I continued polluting my body with cigarettes and drinking my liver into oblivion. I came to the realization that someday the parties would stop and the world would move on with or without me. I was on a dead-end street and without serious change, my future seemed grim. I had big dreams but lacked the follow through. I lived for the moment, instead of planning for the future. I was failing life. 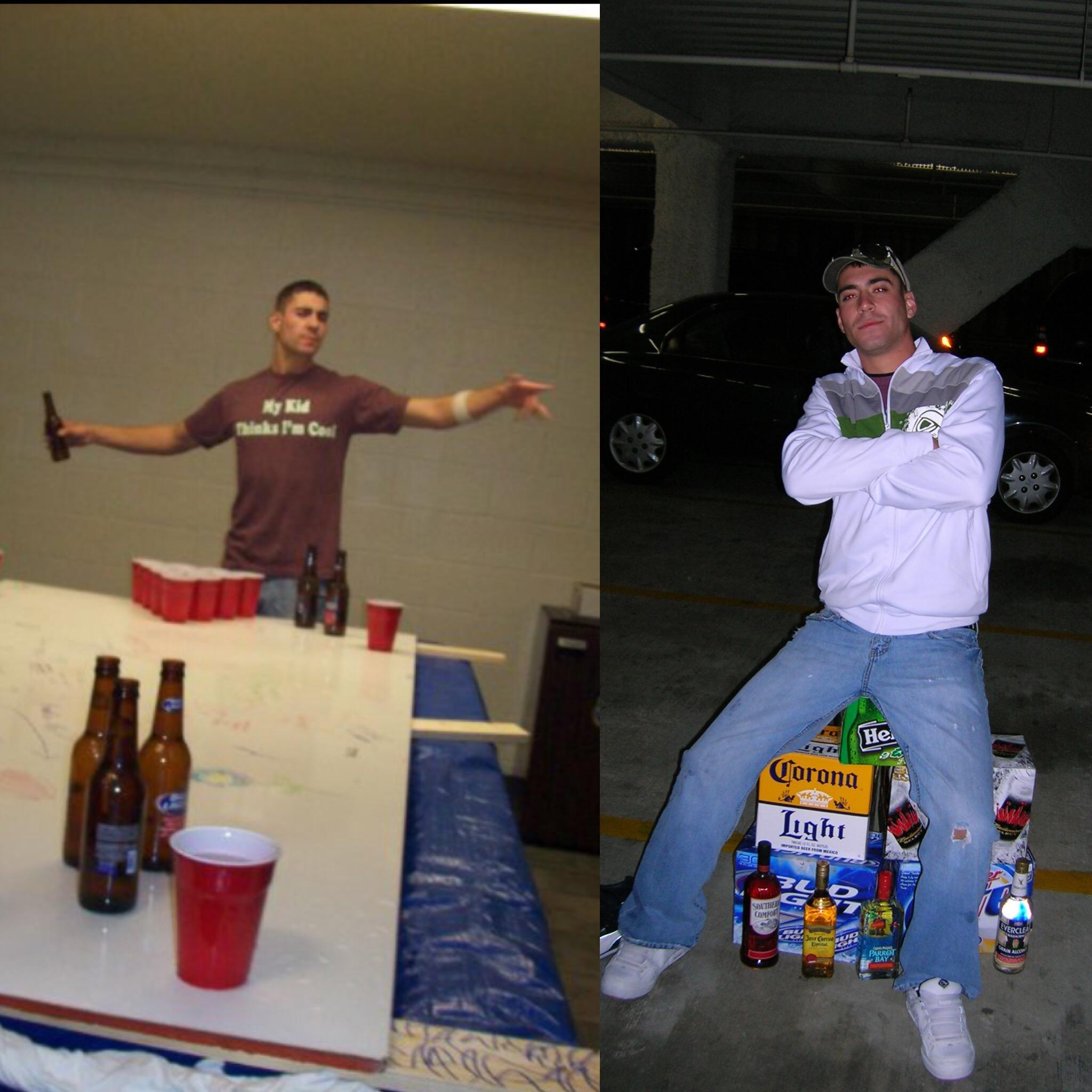 During a 2008 deployment I took up weight training as a hobby in my down time. At the first sighting of muscle growth I was instantly addicted. I was always the skinny guy; I looked frail. It was a direct reflection of the lifestyle I had lived for many years and my self-confidence was a close resemblance. Upon returning to the states, weight training was the one thing that brought structure and discipline to my life. I had been weight training for less than a year but it was the one consistency in my life, the one thing I looked forward to every day, and the one thing I was determined to follow through with. No matter how hungover I was, rain or sandstorm, even after a long eighteen-hour workday, I always made it to the gym. 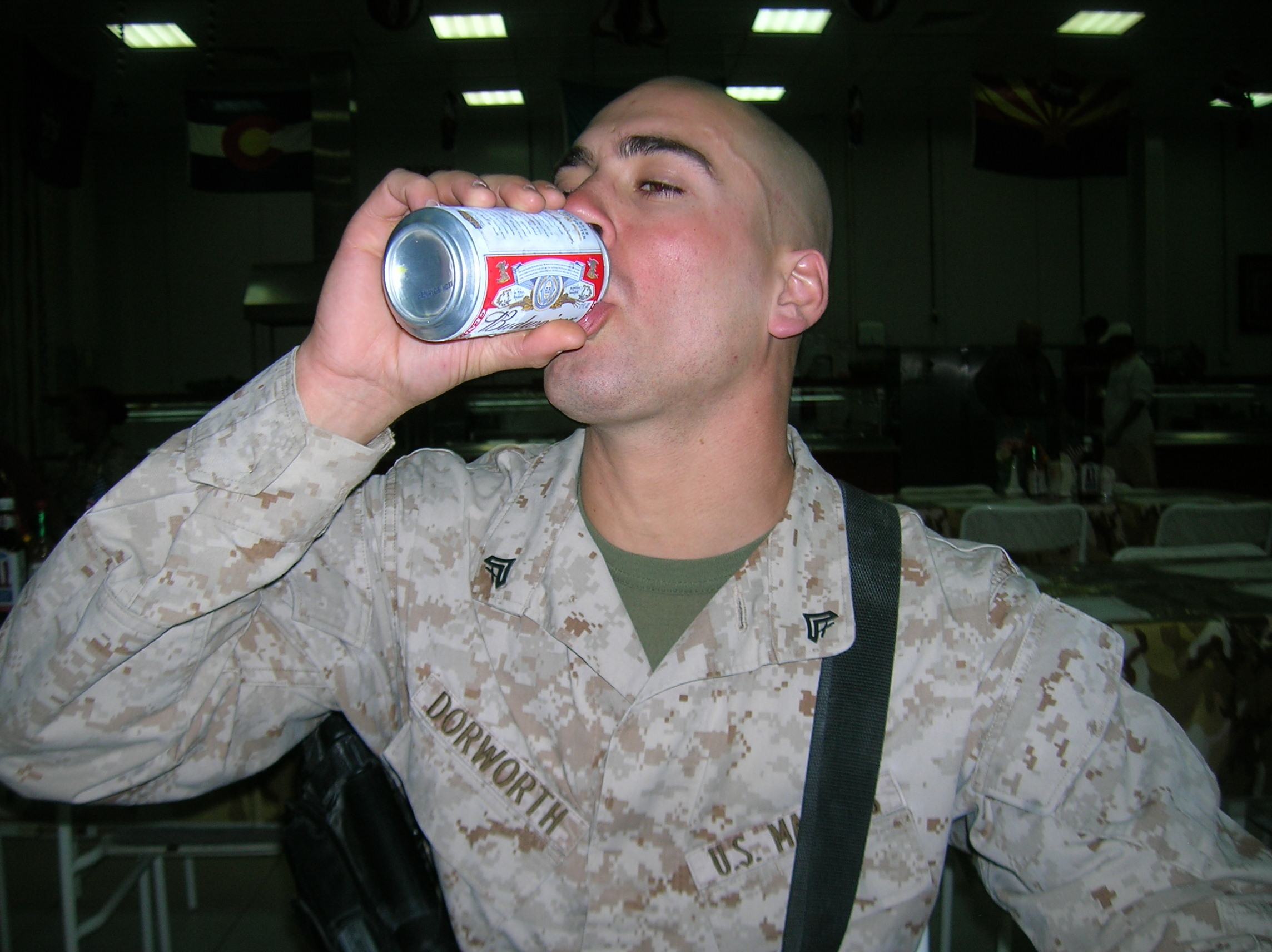 I was an easygoing, laid-back, Corporal with struggling self-esteem. However, upon stepping foot inside the gym each night, that changed. Earbuds in, music on, and iron-induced motivation spewed through the veins of my six-foot tall scrawny frame. For that hour each day, I became a monster. The gym began to give me the release I needed. The release that only alcohol and partying had previously provided.

Within months I had become a full blown gym rat. Almost as soon as I began shoveling extra calories into my mouth, I began to grow. As I grew, so did my self-esteem. I started to get noticed as someone that was physically fit, someone that was dedicated to the gym, and someone that lifted heavy weight. This boost of motivation led to a series of lifestyle changes. The cigarettes, partying, and alcohol no longer had priority. I began making the necessary changes to prioritize a healthier lifestyle. I was gaining self-confidence, and like a good drug, I needed more. Self-confidence was my drug.

"I was gaining self-confidence, and like a good drug, I needed more." 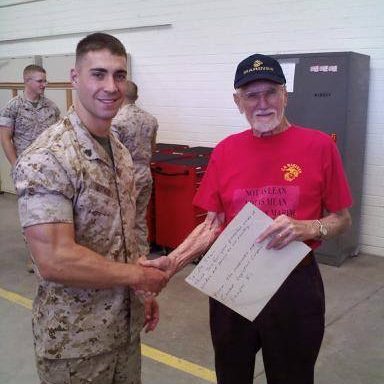 I started bringing Marines to the gym because I wanted them to experience the same feeling. Shortly after, they began seeing the same changes start taking place in their lives. It was deja vu. I realized I had a a special gift of connecting with men through fitness: men looking for change, men with low self-confidence, men that wanted to be better at life. I learned a lot about myself through that journey and it didn't take long before my life was pointed in a new direction. With only a few months left in my military career I was standing a little taller as a Sergeant of Marines. I had enrolled in college and began talking to the woman I would eventually marry. Self-confidence had completely changed my life.

We're going to push the fast-forward button, this story is getting pretty long. Here is the cliff notes of the next eight-year period. 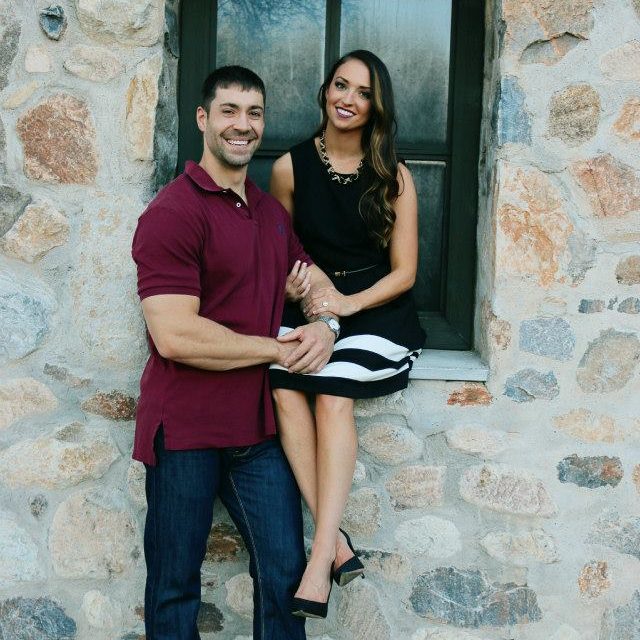 I moved across the country... twice. This landed my home in another desert (this one much prettier than the last), married the love of my life, competed as a physique competitor, packed on nearly thirty-pounds of all-natural lean body mass, completed graduate school with a Doctor of Pharmacy, and scored my dream job as a nuclear pharmacist. Nearly every second of those years was spent studying human anatomy, physiology, biomechanics, nutrition, radiation physics, and medicine. I continued to work on building my confidence and began preparing for this chapter of my life: this chapter where I can pass it on.

Long gone are my days of physique competitions and trying to rewrite history with mind-boggling deadlift numbers. Life has taken it’s course and directed my attention elsewhere to things like a new career, a wife, traveling the world, and starting a community to help men improve their self-confidence. Having less time to focus on my health and fitness does not mean they have become less of a priority. It means I’ve had to develop more efficient programs and build a like-minded community to continue improving. There are plenty of things I continue to work on and obstacles I still need to overcome. But the same applies to every man.

"This is life changing stuff." 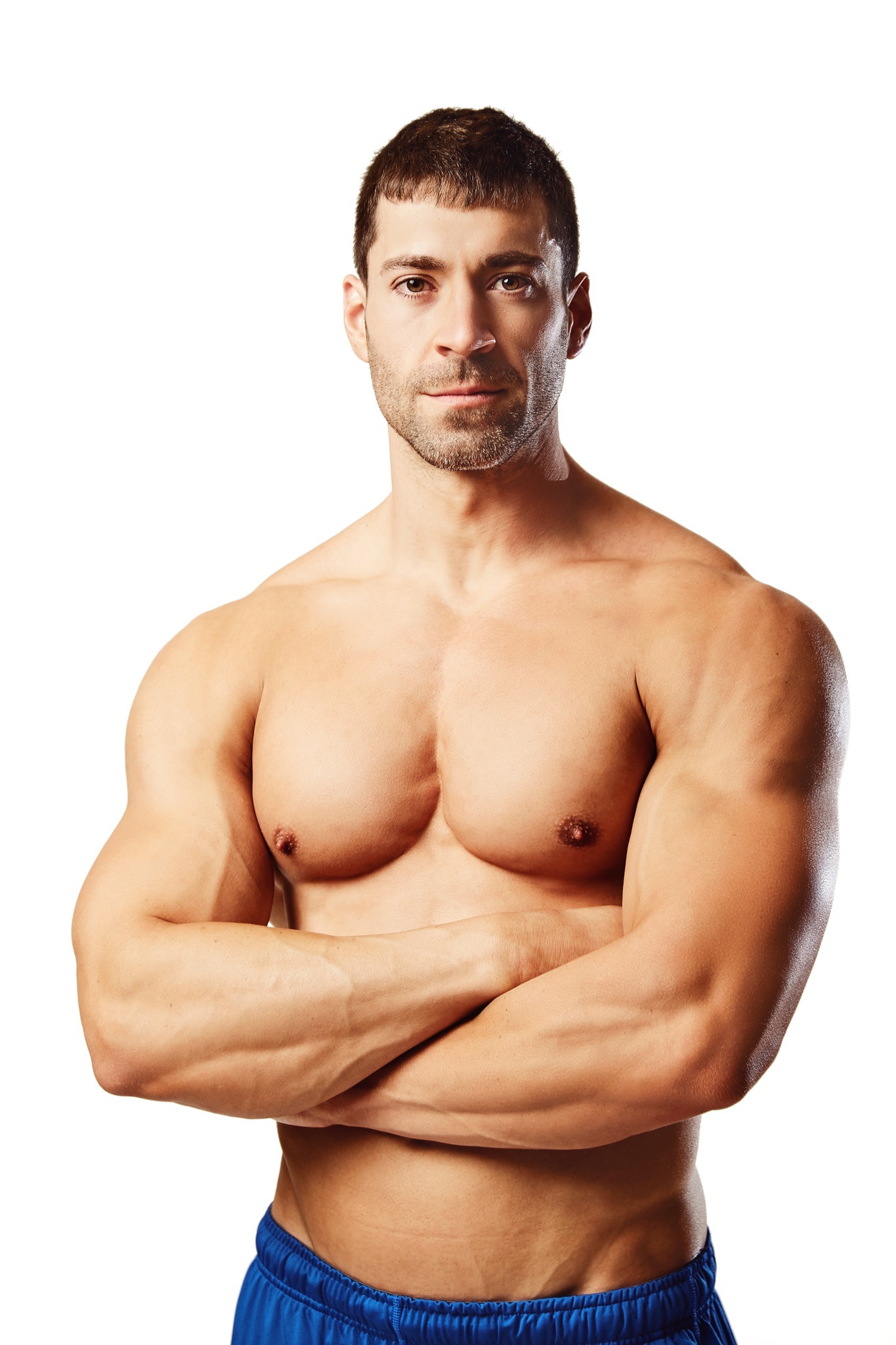 Get your FREE ﻿22-page Back to the Basics - Beginner's Guide and the latest on health & fitness news!